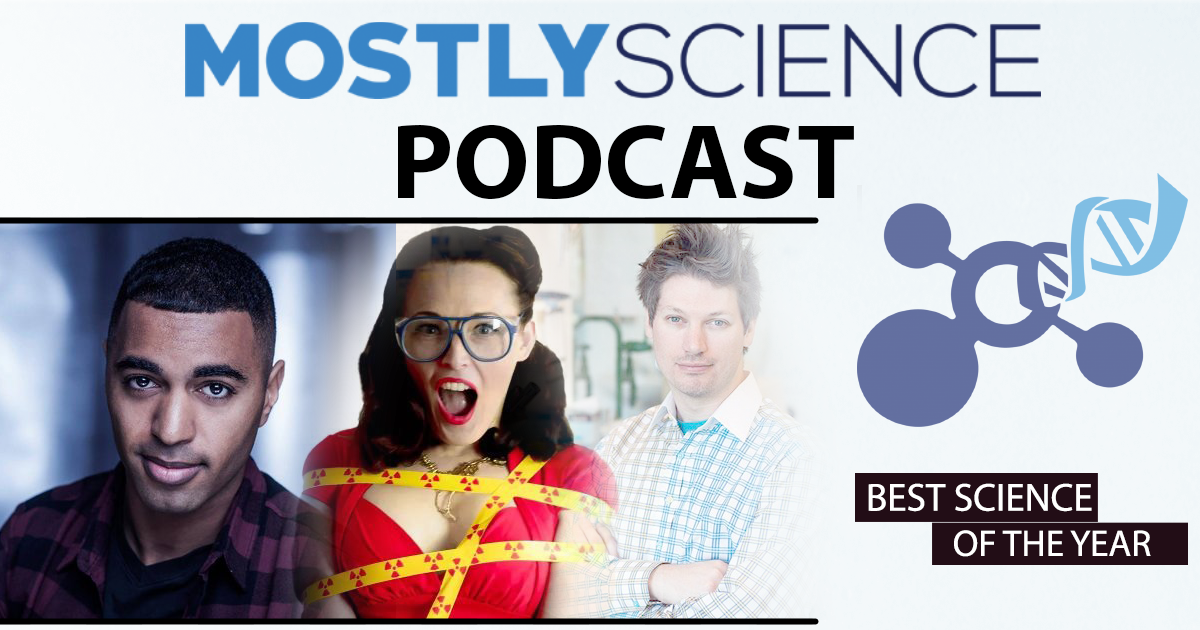 In this episode amazing season finale, Wes is joined in studio by transplant immunology expert Amy Prosser, and remotely by the inspirational Chris James from RCDS Free Women’s self defense and the always intelligent and enemy of pseudoscience Anna Zakrisson from Dr. Anna’s Imaginarium. We talk about some of 2018’s biggest stories in science as well as Climate change, Immunotherapy, and Heart Transplants.

Evidence for man made climate change is undeniable at this point. Climate scientists have understood for decades that unchecked, man-made global warming will wreak havoc on human civilization. The challenge has only grown more urgent as the scientific understanding expands and the world begins to feel the impacts.

Now, a landmark U.N. report offers both a glimmer of hope and a giant warning. Scientists and policymakers have the know how to address climate change and stave off some of the worst effects of the phenomenon, but political leaders are nowhere close to fully undertaking any of these steps, the report shows.

See More: Scientists Just Laid Out Paths to Solve Climate Change. We Aren’t on Track to Do Any of Them

A new immune-suppressing therapy has led to the longest survival yet for a cross-species heart transplant, according to new research conducted in part by researchers at the University of Maryland School of Medicine (UM SOM).

The study involved transplanting pig hearts into baboons. The results could lead to increased use of xenotransplantation, the transplantation of organs from one species to another. Researchers hope this approach could eventually be used in humans, helping the severe organ shortage among patients awaiting transplantation.

See More: Baboons Survive for Half a Year after Heart Transplants from Pigs

The 2018 Nobel Prize in Physiology or Medicine has been awarded jointly to two cancer immunotherapy researchers, James P. Allison, PhD, of The University of Texas MD Anderson Cancer Center, and Dr. Tasuku Honjo of Kyoto University in Japan.

The pair showed how proteins on immune cells can be used to manipulate the immune system so that it attacks cancer cells. The approach has since led to the development of therapies that have been hailed for extending survival in some people with cancer by years, and even wiped out all signs of disease in some people with advanced cancers. Researchers have flocked to the approach, and immunotherapy is now one of the hottest areas in cancer research.

Arguments For and Against GMO Patents
Dr. Christopher Haggarty-Weir March 10, 2019