Ethical Relativism in light of Western and Islamic Values

Turn on the television in any Western nation and you will undoubtedly find a politician sounding off about Western values. Search some more, find a channel reporting on current immigration rates from the Middle-East, and watch how the discussion quickly descends into a contest between Western and Islamic values, their compatibility, and how to best resist those who find themselves fleeing war and famine.

In some of the more nationalistic cases in politics, such as Australia’s One Nation Party, policies are proposed that describe how to best deal with what they see as a clash of civilization (1). In Islamic countries a similar tone can be found among some of the more fundamental practitioners of Islam. In Matthew Thompsons, Running with the Blood God, he vividly describes the feud many of the Iranians, and indeed their government, have with the West.

Thompsons vision of Iran is not that dissimilar from the account given by the late Christopher Hitchens (2). Hitchens describes the nation as having two faces, one of the West-hating Islamic ruled fundamentalists, and the other which goes about life as if  the citizenry were free from religious tyranny and political dogma.

In the cases of Iran and Australia what is strikingly obvious is that this “culture war” is perpetrated mostly in the minds of the nationalists and fundamentalists. While both parties claim to be upholding their way of life, they also seem to be offering a defence of their values by appealing to an idea known as ethical relativism.

Ethical relativism will be defined here as the position that all moral views are equal and only answerable to norms of the society which gave rise to those views (3). What does that mean exactly? It means that you and I are not allowed, under ethical relativism, to comment on the Danish tradition of massacring dolphins. Because that’s their culture, and if they choose to do so, then so be it.

Here I hope to argue, and convince you dear reader, that a defence of Western or Islamic values is only possible when ethical relativism is not used, and that when abandoned, Western and Islamic values can both be celebrated and criticised equally without having to appeal to nationalism or fundamentalism; or phrased another way: the lowest common denominator.

Please keep in mind that the examples given to make this argument are not  the core of my argument here. When discussing ethical relativism we are exclusively discussing a rhetorical style of argument. Not so much the content of the debates themselves.

While ethical relativism will be shown to be a useless mode of inquiry, its underlying premise is still one of importance. That being that culture clearly influences the morality of a society (4). While it will be argued that this does not make any culture impervious to criticism, it is important to acknowledge these differences across societies to help facilitate a reflective equilibrium (a state of balance among beliefs arrived at through mutual  adjustment and understanding by all parties involved) in the hope of improving the ethical and moral standards of all societies.

Why care? For me personally, I like humanity and I’d like to see it improve. Civilisation is a continuous project, the work never ends, and it requires constant criticism and adjustment.

Whilst most ethicists reject the theory of ethical relativism, unfortunately many citizens do not (4). This fact is brought to light by the rise of populism and far-right political groups the world over (5) and here in Australia with the recent return of Pauline Hanson’s One Nation Party. In these circles policy is often built upon the defence of Western values (often described as British or Australian values etc) while simultaneously denouncing the values of others. For Hanson and her party of late it is Islamic values. However, 20 years ago it was Eastern values and Asian immigrants.

This defence of Western values is blurred as it is not ever made entirely clear what exactly those values are. If the Edinburgh educated Ibn Warraq (pen name) is to be believed (6), then individual autonomy and the right to live life free from oppression are fundamental Western values, then it seems most strange that many LGBT communities, the West over, are still fighting for equal recognition.

The inability of ethical relativism to address differences of values within societies is another troubling sign. Ethical relativism assumes all subjects of a society, say Australia, hold the same moral beliefs. Which effectively abolishes any idea of individualism or dissent. And since we all know that this isn’t the case – even within our own friend groups – it follows that ethical relativism leaves no room for differing opinions among a population. Therefore what could it possibly contribute to a reflective equilibrium. “This is our way of life,” effectively means nothing. The pronoun describes nobody and everybody all at once.

This double standard, however, is not exclusively found here in the West. The same argument can be found in Islamic countries, albeit slightly different in appearance.

Freedom of speech, considered a fundamental of Western society, is not looked upon with the same reverence in some Islamic countries as it is in the West. Take for example Salman Rushdie, a British author, who, living under protection of British police, had several attempts made on his life. Rushdie’s portrayal of particular symbols considered sacred to the Islamic faith in his book, The Satanic Verses, lead to outrage in much of the Muslim world (the leader of Iran at the time, Ayatollah Ruhollah Khomeini, issued a Fatwa on Rushdie’s life, demanding Muslims the world over to kill him and anyone involved in publication).

Professor Ali Mazrui (7), writing at the time, said, “many devout Muslims felt that Rushdie had no right to poke fun at and twist into obscenity some of the most sacred symbols of Islam.” This objection undoubtedly has its roots in ethical relativism: How dare Rushdie represent our  symbols in such a manner. Unfortunately, a similar argument, using the same logic of ethical relativism, can be used in rebuttal (and was): How dare the Muslim world feel aggrieved enough to demand the life of a writer for simply expressing our  right to freedom of speech.

Both arguments, rightly or wrongly, rely on the premise that their respective cultures are exempt from criticism, while simultaneously criticising another. This hypocrisy seems to be missed on those who employ this line of thinking.

While there are arguments to be had on both fronts: How far should freedom of speech be allowed to go? and how much offence should the religious claim to take towards blasphemy? Neither of these discussions benefit from the inclusion of ethical relativism. If, for example, it is argued that freedom of speech should not be allowed to offend due to religious sensitivities, what is to be said of the “as if” citizens of Iran? After all, “as if” dissidents by their very definition do not share the same sensitivities as their fellow citizens. Shall their voices be ignored in favour of the more extreme and fundamental tenets of their state? This is what is meant when it is said ethical relativism assumes all citizens of a culture hold the same beliefs – they do not.

Similarly, here in the West, if it is argued that freedom of speech shall have no limits, then what of the Western voices who say otherwise? The answer to both of these questions is irrelevant for this argument. This essay is only concerned with the means in which these arguments are debated. If the very style and method of these debates is flawed from the get-go, what hope can there be to find a reflective equilibrium between contending parties.

The Western value of freedom of speech is of particular importance when discussing ethical relativism. In the case of Salman Rushdie, a free speech advocate would welcome the outcry of the Muslim world (without the violence or riots, of course). The free speech advocate should welcome any and all criticism. Without falling into ethnocentrism this much can be claimed. This suggests that at the core, and not without its own shortcomings, Western conversation has a fundamental advantage in these types of debates, being that disagreement and argument are had for their own sake.

In conclusion, it has been shown that using ethical relativism to defend one-self from another culture is not sound and eventually leads to a double standard and hypocrisy. While the West’s criticism of Islam may be valid in some areas, by using the arguments that rely on ethical relativism to make the case it allows the perpetual argument to continue. Similarly, Islam’s critique of Western values, in particular criticisms aimed at materialism and consumerism, suffer tremendously when ethical relativism is used to defend their motive for criticising the West.

The topic of best-practice-ethics from culture-to-culture would benefit greatly from frank discussion and honest introspection, on all fronts and by all peoples. Whilst free speech would be at the very core of any of these discussions, it is simply not a principle held dear by all the nations of Earth. Therefore, the West (and any other nation that espouses free speech ideals) have an unequivocal advantage of having almost all of their citizens freely and openly aware of their right to espouse any idea they see fit (look at me go). This should, and in many cases does, alleviate the need to call upon the arguments of ethical relativism to justify a criticism of a culture, and, I suspect, may be the reason why its use is largely seen in nationalistic, dogmatic and fundamental circles.

In summary, ethical relativism is a bad position to take as it hinders honest criticism, prevents honest defence, and offers no aid in finding a reflective equilibrium between ideas and points of contention. In the case of Western values, it offers nothing but a lazy defence of a system that so many revere and wish to take part in (6).

(5) The New York Times. (2016). Europe’s Rising Far Right: A Guide to the Most Prominent Parties. Retrieved from http://www.nytimes.com/interactive/2016/world/europe/europe-far-right-political-parties-listy.html?_r=0

(6) Warraq, I. (2007). The Superiority of Western Values in Eight Minutes. Retrieved from http://www.westminster-institute.org/articles/the-superiority-of-western-values-in-eight-minutes/

Previous Article
In Defence: Taking on the Natural Ruse
Next Article
Multiculturalism, Economics, Peace and an Argument with the Uninformed.
Leave us a Comment 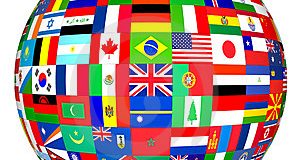 Multiculturalism, Economics, Peace and an Argument with the Uninformed.
Dr. Christopher Haggarty-Weir January 3, 2017