Ow my feelings! A woo-full discussion of Chinese Medicine

There are times when we find ourselves talking nonsense, and in need of some harsh truths. I don’t know if it’s because I’m getting older and more cynical, but regardless, I have very little time for pushers and apologists of pseudoscience and quackery. Recently I got into an argument with a friend of a friend who was a staunch apologist of the woo that is Traditional Chinese Medicine. I have decided to include the discussion in full (only with their name changed for anonymity) from where I first came into the conversation. Note that “in full” also means including any spelling errors. See if you can spot the flaws in their argument before I make mention of them, and if I have missed any, please mention in the comments. After the argument speech, I will then also give some post-argument thoughts.

Me> You are wrong. Accept it and move on. If something in Chinese medicine is valid, it becomes medicine. Simple.

Also your comment about “Western” medicine (note, there is only medicine, you are creating a false dichotomy) providing a band-aid solution is blatantly fallacious. I don’t know if you have ever studied any medical science (if so, go back and read your books again, if not, start reading books). Medicine always tries to fix the root cause of an illness, just due to the complexity that is the human machine we don’t always have a full enough idea of the cause of the problem (hence why we have medical research in the first place). And yes, I am taking a harsher tone because woo must be ridiculed and crushed. So yes, on the whole, Chinese medicine is absolute shite and quackery and has no place in a modern society.

JB> Get a grip. TCM is taught in universities all around the world. And no, there is no need for u to be so rude.

Me> Just because something is taught, doesn’t mean there is an evidence base for it. Some Australian places teach homeopathy, even some Ivy league school have taught crankery before. If there is no scientific evidence base it should not be taught.

I’ll believe anything if you show me the solid, reputable data, otherwise don’t waste my time with talk of magic pixie dust.

JB> Science used to believe in leaching, in female hysteria. Ideas and beliefs change as more evidence pops up. Some deoending on where the funding money goes into reseach. There’s currently more research into resilience and the connection betwen mental health and physical health than there used to be. If u want the data, u look for it.

Me> Yes, and science ditched all of that due to the scientific method showing it does not work.

And yes, I have looked at the data on this quackery, and it is a joke. Fraud and poor experimental design collapse the nonsense claims made.

Also, you seem unaware of how the burden of proof works and are guilty of attempting to shift it fallaciously, which is highly intellectually dishonest.

JB> Ive had acupuncture take away pain immediately. That is proof for me. I never said i do t believe in western medicine, the opposite actually. But u seem to be hell bent on dismissing my experience and opinions which i haven’t forced on anyone else.

Me> As David Hume would say, anecdotes and testimony is worthless in science. You need proper scientific studies which will look for things like the placebo effect. So yes, I can easily dismiss your “experience” due to my knowledge of the placebo effect. Read into it more and also Derren Brown does a good entertaining show about how powerful the placebo effect is. If there was a root cause to your pain, acupuncture would have done nothing for it, however if you had merely transient pain, or psychosomatic pain, then yes it would have an effect, due to the placebo effect. You could have had the same result from other things, like using a musical triangle for healing or pixie dust. The placebo effect is truly amazing, but at least be aware of what it actually is. Science-Based Medicine is a good place to start reading.

JB> Your dismissal makes no impact on my life anyway so thats fine.

Me> you will make no effort to look into the placebo effect or the debunking of TCM? As Peter Doherty said, someone who, when confronted with evidence, refuses to begin the process of changing their minds, is a denialist, not a skeptic,. When you argue without logic, reason or scientific facts and only employ anecdotes and testimony then it makes us scientists facepalm and/or chuckle. At least make an effort to look into it via Science-Based Medicine. They are real doctors, skeptics and also provide evidence to papers.

Oh and also, saying “TCM is taught in universities all around the world” is an argumentum ad populum, which doesn’t address the actual factual basis of my argument. And just because you don’t like the way I have presented this, doesn’t mean it is any less true; a harsh truth, but a truth nonetheless. If I am abrasive over quackery it is due to the harm I have seen it cause around the world. Saying “you’re a meany pants” isn’t a valid argument.

Maybe I am too much of a hate-filled cynical bastard, but that doesn’t mean we give concessions to quackery because of people’s feelings. Perhaps I could or should have used more of a velvet glove approach rather than an iron glove one. All valid criticism of the approach taken. However, this does not change the fact that no evidence was provided by JB to support her argument and no attempt was made to address my valid points. I am not going to spend a lot of time here going further into why TCM is a load of bunk, for 2 reasons. Firstly, the guys and girls at Science-Based Medicine have already done a damned good job of this, along with others. Secondly, it really is what is known as a point that has been refuted a thousand times. Oh, I will say (before it escapes my mind) that when JB said “Science used to believe in leaching, in female hysteria”, this appears to be a thinly veiled attempt at the ‘science was wrong before’ gambit. This always makes me think of Isaac Asimov’s quote “[W]hen people thought the earth was flat, they were wrong. When people thought the earth was spherical, they were wrong. But if you think that thinking the earth is spherical is just as wrong as thinking the earth is flat, then your view is wronger than both of them put together”. The process of science is taking new evidence and moving forwards, not holding onto stagnant ideas with not only a lack of evidence but evidence to the contrary.

Additionally when it comes to pseudoscience and other nonsense, public ridicule helps control its spread in society. It was shaming that helped turn people against the vile KKK, and we are also starting to see this with charlatans such as Dr Oz (who we mentioned in a recent article). People also need to learn to be more comfortable with being wrong. For example, I used to defend the death penalty, but when confronted with the evidence that 1. It doesn’t deter crime, 2. It is more costly than life in prison and 3. There could be a better use for prisoners, I changed my mind. I simply couldn’t argue my old position anymore as it become untenable. Now I know a barrage of hate won’t change anyone’s mind; in fact it can further cement their incorrect ideas as true. So again, perhaps a velvet glove would have been a better approach (though I wouldn’t exactly call it a “barrage of hate”, more being blunt), but I would prefer someone give me correct information as a bastard than hold my hand and pat my bum whilst they talk a load of bollocks at me. 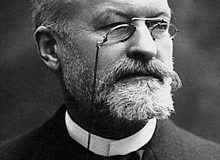